I am Jwalamalini.
I am the Goddess of Chaturdashi tithi, fourteenth lunar day.
I am fierce, fiery and passionate.
With my fiery energy I bring you closer to the Divine, and burn all the impurities
of your mind on the way.
I help you to rise above your ego, by removing all its blockages.
I burn down all your karma.
I support you in spiritual practice.
I inspire you to become more committed.

I am Jwalamalini.
I am the Goddess of Chaturdashi tithi, fourteenth lunar day.
I am fierce, fiery and passionate.
With my fiery energy I bring you closer to the Divine, and burn all the impurities of your mind on the way.
I help you to rise above your ego, by removing all its blockages.
I burn down all your karma.
I support you in spiritual practice.
I inspire you to become more committed.
Chaturdashi tithi, governed by fiery Goddess Jwalamalini, is the most intense lunar day, which purifies us and transforms us, so we can let go of our old self and overcome all the obstacles on our way to fullness.
Goddess Jwalamalini, “garlanded with flames”, is the most intense of all Nitya Devis, which is revealed by Her standing position. Ruling the fourteenth lunar day along with Venus, standing in the circle of flames, and being connected to fourteenth kala of the Moon, angada (“self-sacrifice”), Goddess Jwalamalini represents the last stage of the Goddess before reaching fullness on the Full Moon day or union on the New Moon day: the stage of complete self-sacrifice and burning the ego in the flames of the Supreme Love. Goddess Jwalamalini represents fire of devotion, which is so intense that it burns all the karma. Interestingly, both tithis co-ruled by Venus are very strongly connected with our ability to sacrifice ourselves for the higher purpose – as, ultimately, this is exactly what Love is: a sacrifice of our own ego.
Goddess Jwalamalini is the One, who makes sure, that you do not run away from your life’s tests. She keeps you for entire day on Her burning lap, so your consciousness can transform in the heat of Her Love. Even the yogini She is connected to is called Atma-karshini (“the one attracting the soul”), while the syllable of Sri Vidya mantra She is connected to is la, the bij mantra of bliss. Goddess Jwalamalini burns everything that stands between your individual soul and Supreme soul; between your current level of consciousness and next level of consciousness; between you and your soul’s true bliss.

Chaturdashi tithi inspires us to let go of all the things that stand between us and our goals. It helps us to move forward in life and rise above our limitations and inner and outer obstacles, so we can move closer to fulfilment. Yet, sometimes it can make us also overly impatient, impulsive, self-centered and inconsiderate on the path towards our goals.


Discover the secrets of Chaturdashi tithi in this almost 3 hours long session with several study cases and detailed knowledge of the symbolism and secrets of this lunar day and its deities. Along with the access to course recording you will also receive a chapter from my ebook “Journey with the Moon”, dedicated to Jwalamalini, Lunar Goddess of Chaturdashi tithi, along several charts for self-study.

I have dedicated a big part of my life to research of the Vedic lunar phases and I can honestly say that you will most likely not find such detailed knowledge on this topic anywhere else. On this course you will learn not only about the superficial symbolism of Chaturdashi tithi and its presiding Goddess, Jwalamalini, but also some of its deep secrets.

I believe that knowledge gains its real value only once we learn how to apply it. It is not enough just to understand, how the tithi functions in theory. You want to be able also to use this knowledge in your everyday life, as well as in your chart readings, too, don’t you? Each session of our classes completes with a detailed analysis of chosen study cases, as well as analyses the influence of each lunar day in our everyday life, activities that it supports and remedies that help us to heal it.
Chaturdashi tithi in depth
Enroll to Tithis course
|

As Goddess Jwalamalini represents the last stage and the last step of the Goddess before reaching Her fullness, people born on Her lunar day may sometimes be also kind of “stagnated” on the last stage of relationship, professional project or some level of spirituality. They often have this difficulty with completing things or taking the final step in any sphere of life. If the Moon or tithi rashi is in anyway damaged, then they might experience this issue with the quality of self-sacrifice. One of their most important life lessons is embracing the change and understanding that for something to be completed and for something new to be born, something old must die. Perhaps this is why Goddess Jwalamalini is sometimes associated with snakes, who are embodiment of change. Similarly like snakes shed their skin few times a year and embrace their own vulnerability in this sensitive moment, so Chaturdashi tithi natives need to embrace the changes, which life is bringing them, endure the vulnerability, which comes with that and welcome something new in their lives – as no human has ever reached the fullness of his potential without making some sacrifices.
Get your ebook 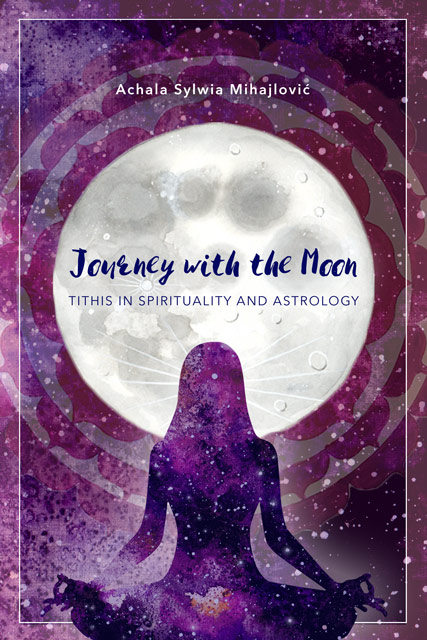 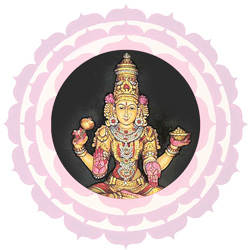 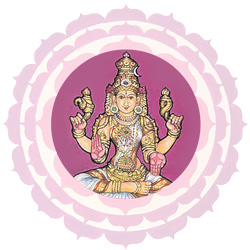